The Coral Springs Center for the Arts is easily accessible from the Sample Road exits of the Sawgrass Expressway, I-95, and the Florida Turnpike.

Guide to Understanding terrorism for Teachers and Students.

Student:“We see Islam and terrorism often mentioned together these days. So what does Islam say about terrorism?”

Imam: “Islam forbids all forms of terrorist activity. There are however some extreme factions of people who, in the name of Islam, terrorize both Muslims and non-Muslims alike. The most well-known of these militant groups are Al-Qaeda and ISIS in Syria and Iraq. These terrorist groups are called Khawarij in Islamic terminology because the term refers to those who rebel against Islam and the Muslims. The Prophet (peace and blessings be upon him) foretold their appearance and instructed the Muslims to stay away from them, and to defend themselves if they attack them. They first rebelled against the Prophet’s disciples in the time of the fourth Caliph, Ali, killing some of the finest companions of the Prophet Muhammad.”

Student: “So why do these militant Khawarij look upon the rest of humankind and see them as worthless who can be killed without mercy and compassion?”

Imam: “Because they believe they are the only ones left with any true faith in God, and everyone else besides them is an infidel, or an apostate whose life has no value. They see themselves as God’s chosen people who must punish all the “enemies of God”, cleanse the earth by the mass killing of Muslims and non-Muslims alike. That is why they can stroll down a street and open fire on every man, woman and child in sight without a second thought or any compassion. One of their leaders openly claimed: “Today the whole of the world is a land of unbelievers, even Mecca and Madinah.” These Khawarij are merciless killers who have no compassion, they kill innocent, unarmed civilians without any regard for life. They do not judge by God’s Laws; they are a law unto themselves and they have no religion except that which they have invented for themselves; they murder Muslims and non Muslims indiscriminately. They burn Muslims alive in cages, and then claim piety for themselves! And you have heard this yourself from the actions of ISIS. The Prophet said: “No one punishes with fire except the Lord of the fire.” (Ref: Abu Dawud) The Khawārij are people who have no mercy, so they will not be shown mercy, just as the Prophet Muhammad said: “Whoever does not show mercy to people, Allāh will not show mercy to him.” (Ref: Muslim)”

Student: “What are the signs of radicalization that I can spot in others so I can avoid it and advise them?”

Imam: “There are certain signs and signals that you can see in someone who’s trying to radicalize others. Let me list a few of the clearest signs of an extremist: 1) He will constantly focus upon the political situation of the Muslim regimes in the Middle-East, and make that the centrepoint of his discussion as if it is the most important affair in Islam. 2) He will abuse the Muslim rulers declaring them to be unbelievers and apostates; and then justify violent revolution in Muslim countries under the banner of “judgement is for Allāh!” A phrase misappropriated by the extremists and misused. 3) He will praise the leaders of extremist ideologies such as Sayyid Qutb (died 1966). Qutb is revered by extremists all around the world from Ibn Laden to Anwar Al-Awlaki. He was a prominent leader of the Egyptian group, The Muslim Brotherhood. His writings are widespread and translated into dozens of languages including English. The US-born Yemeni terrorist, Anwar Al-Awlaki once boasted that he was so immersed in the writings of Sayyid Qutb that he felt the presence of Qutb with him in his prison cell! 4) He will declare all Muslims who contradict his political world-view as unbelievers. 5) He will quite often glorify the acts of violence perpetrated by terrorists whether it be suicide bombings, beheading of hostages, killing of non-Muslims, kidnappings, etc. You will not hear condemnation of violent extremism or its figureheads from him.” 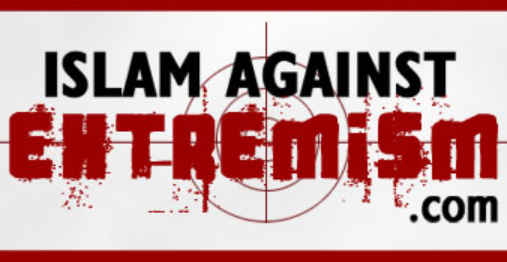